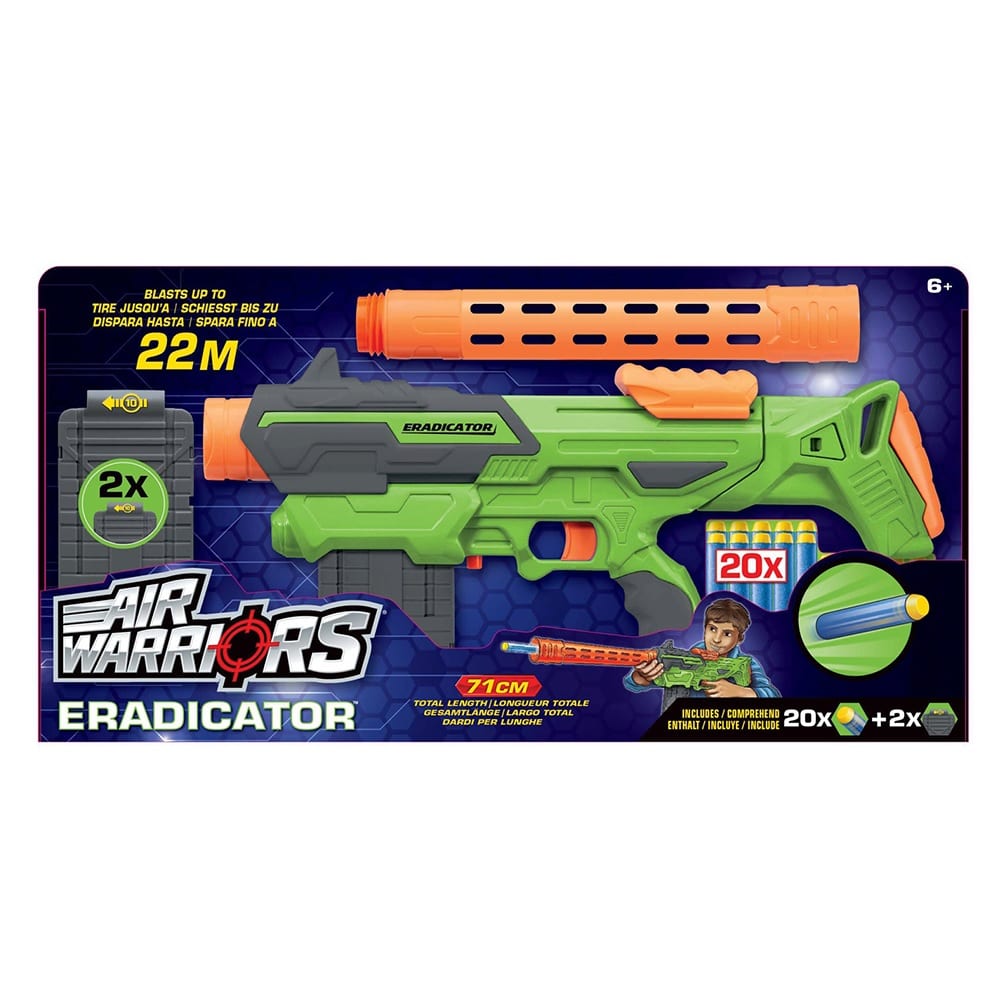 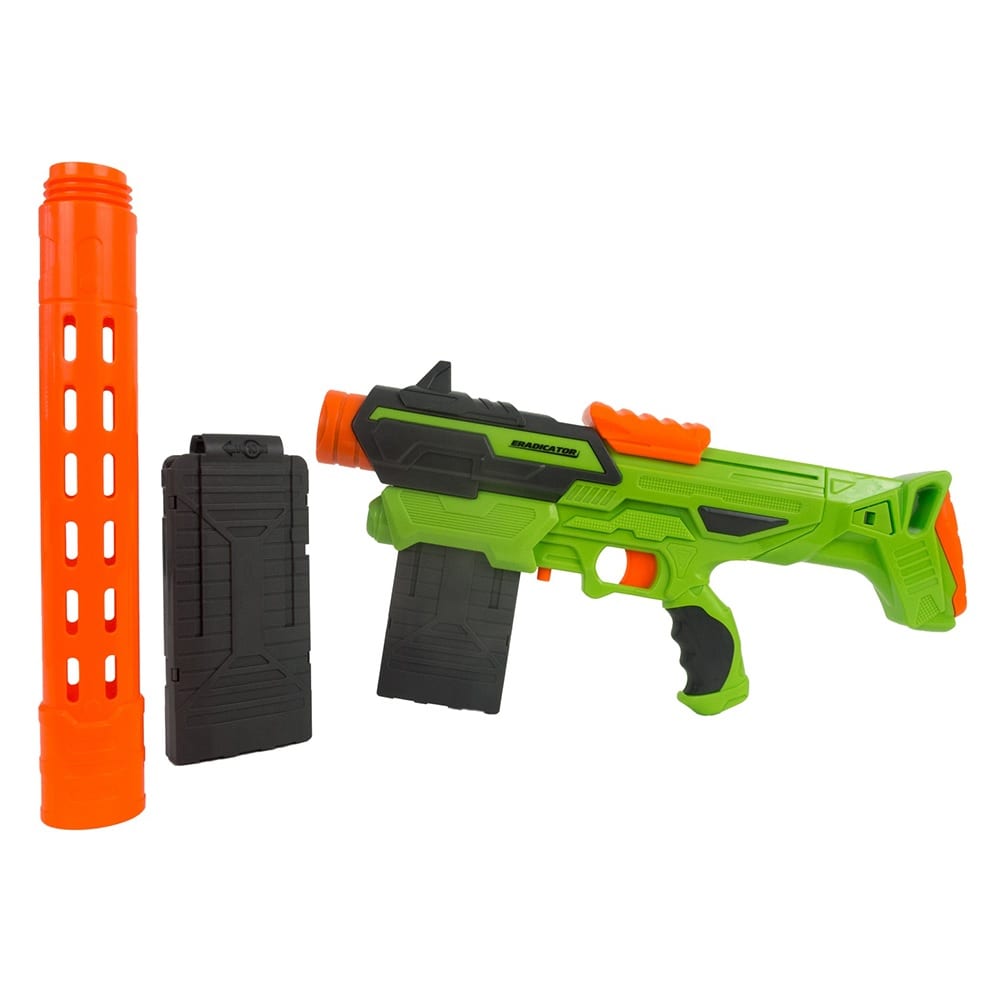 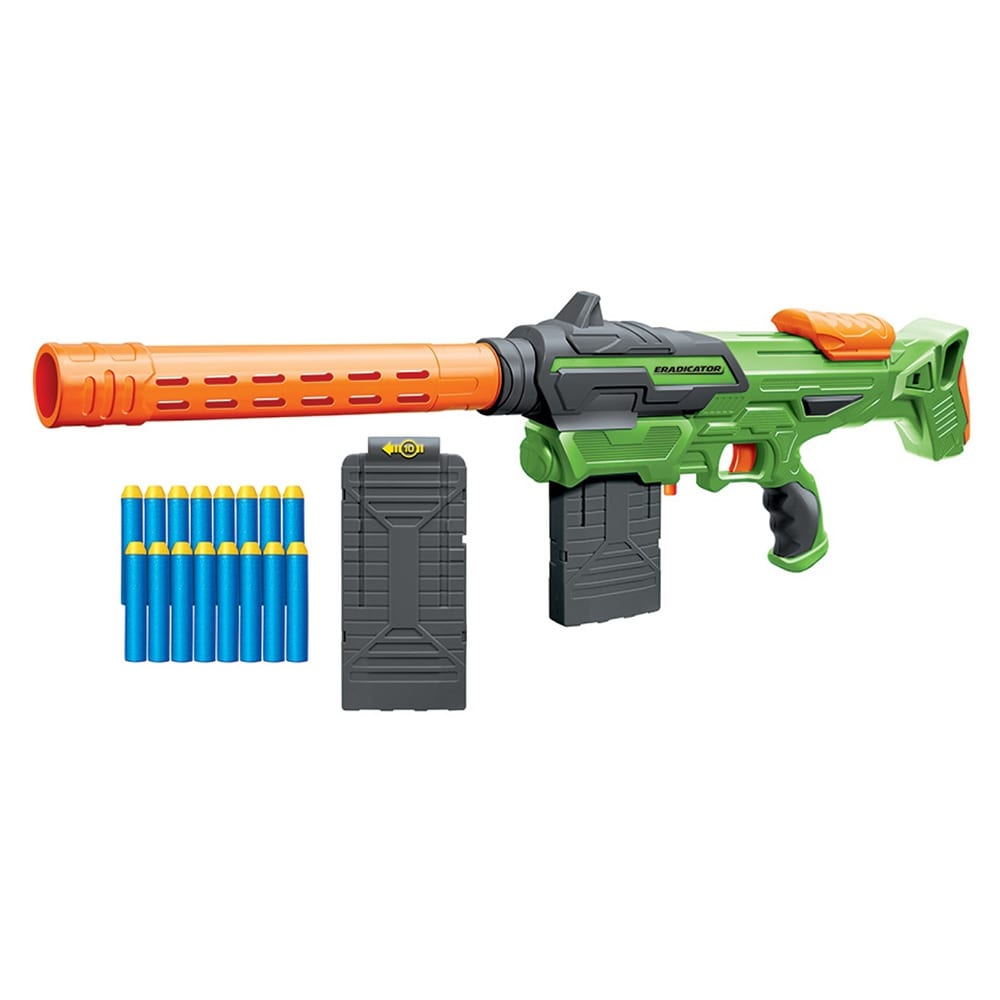 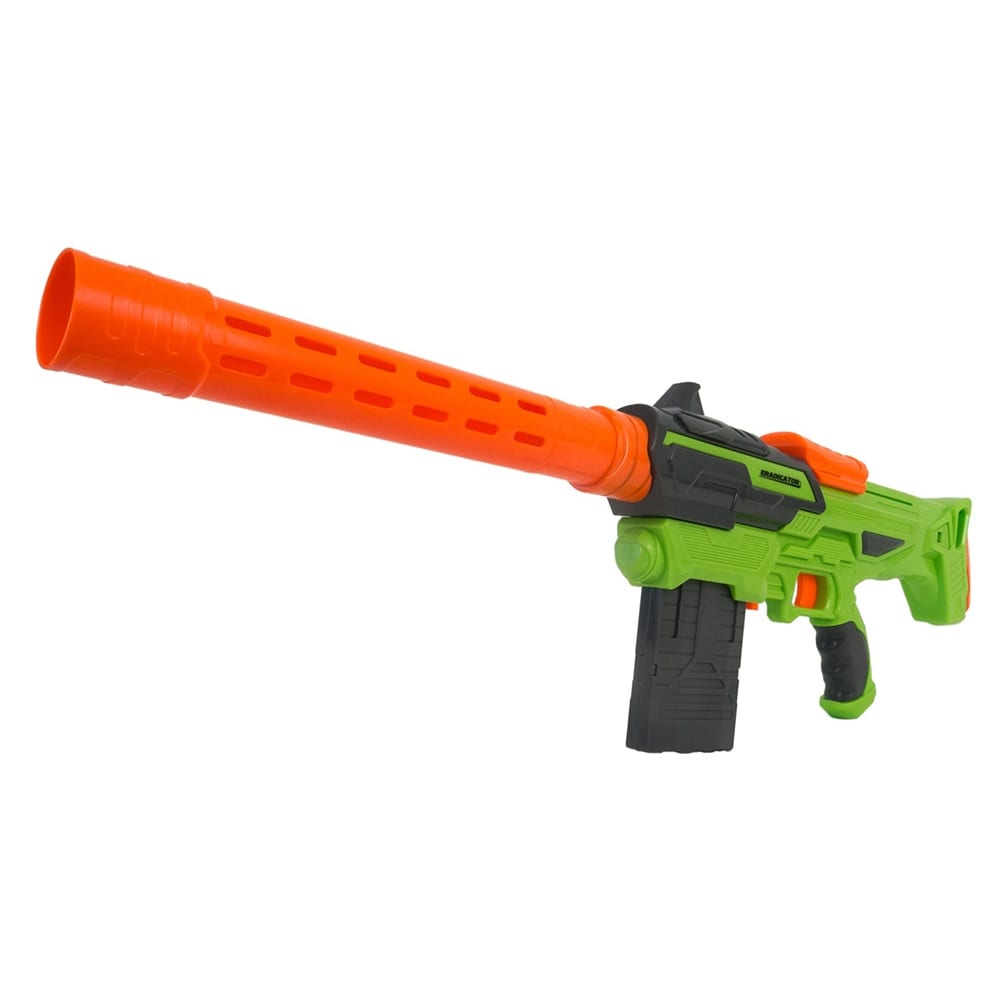 Vicious-green powerhouse!
The Buzzbee Eradicator surpasses the performance of other models already in stock form when it comes to fling darts as far as possible! The maximum range is indicated with 22m, effectively one can expect approx. 19m! The blaster feels excellent in hand and can also be loaded with darts and magazines of other brands.

Versatile blaster with interesting accessories!
The BuzzBee Eradicator can be used as both a large and a compact blaster. When the barrel is screwed on and the small shoulder stock is attached, it reaches a total length of impressive 71cm. It can also be used as a powerful secondary blaster when carried in a Blasterparts MX-Holster until it is needed.

In addition, two 10-dart magazines are included, which of course improves the price-performance ratio. Both blaster and the magazines are compatible with Nerf.

Pleasant to the touch!
The material of the BuzzBee Eradicator is pleasantly sturdy, grip and tensioning slide are well-dimensioned also for large hands. As a result, the Eradicator gets good ratings in the handling category. The sleek shell with the geometric details and discreet structures surely is an eye-catcher.

Not picky in choice of ammo
The Eradicator comes along with 20 BuzzBee Long Distance Darts. These are optimized for range thanks to the low weight. They can also be used in other blasters. But, of course, the Eradicator also shoots various other darts, e.g. BuzzBees PrecisePro Darts or Elite Darts. 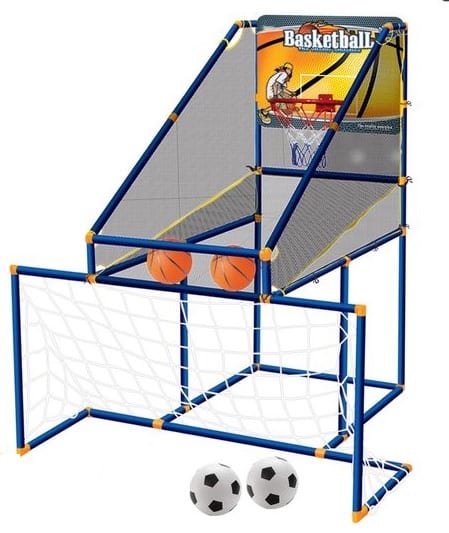 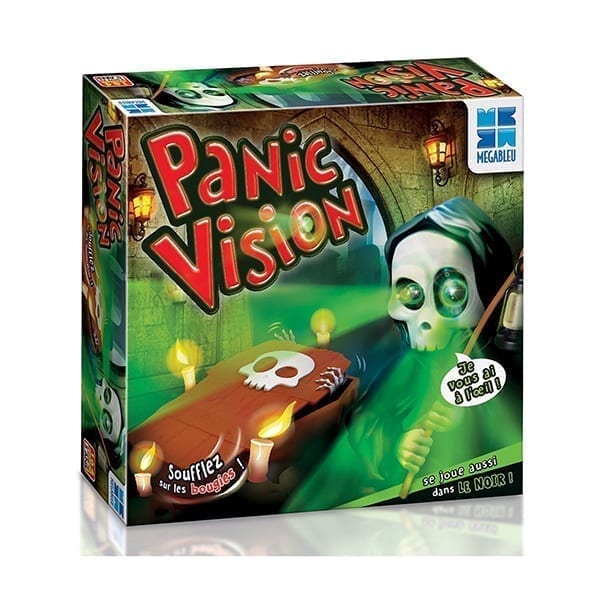 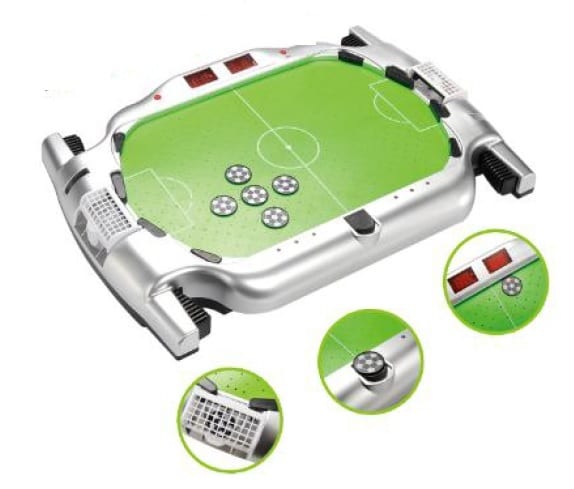 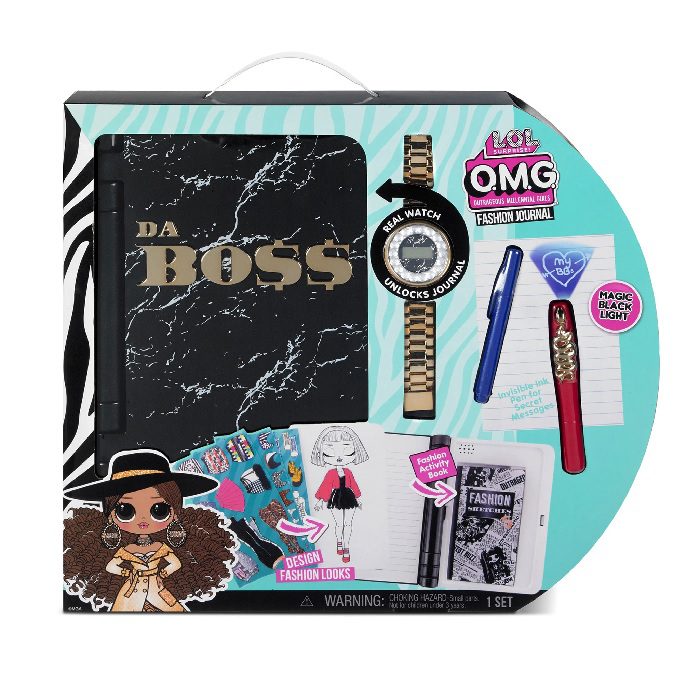 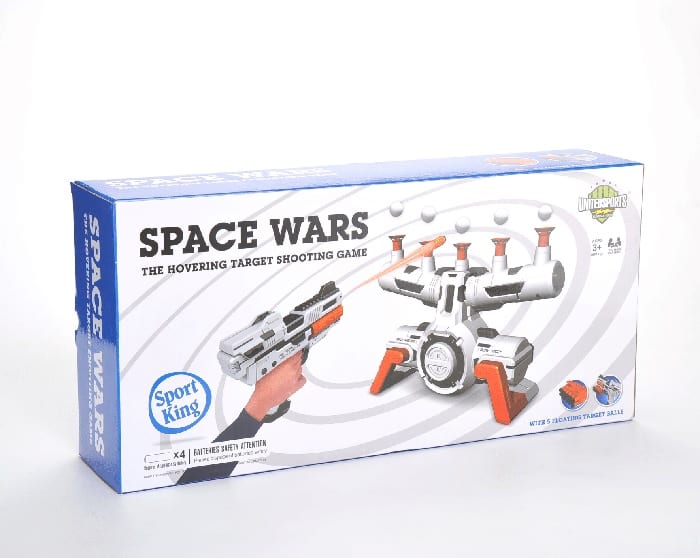 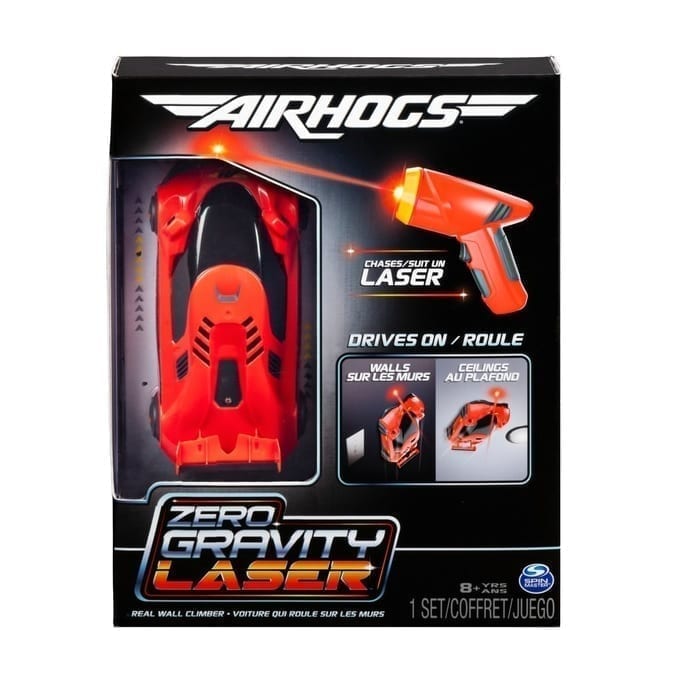 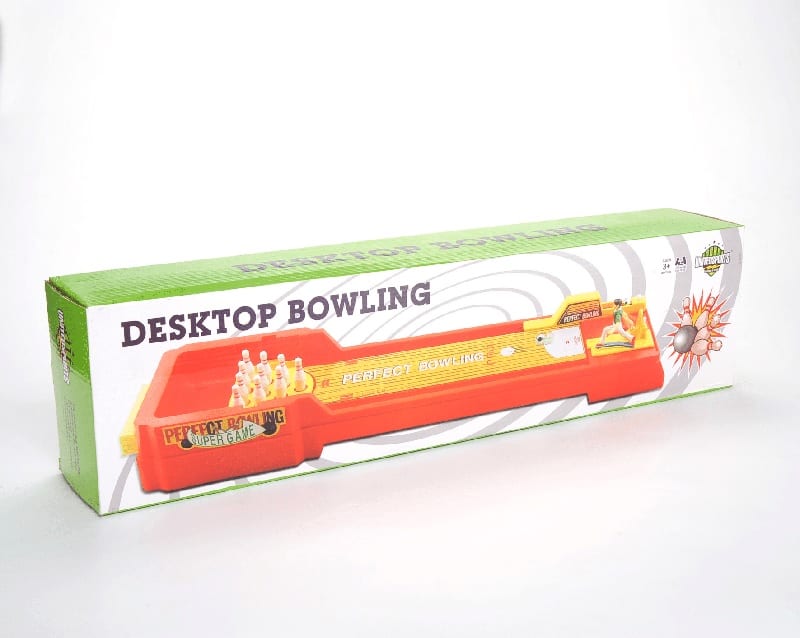 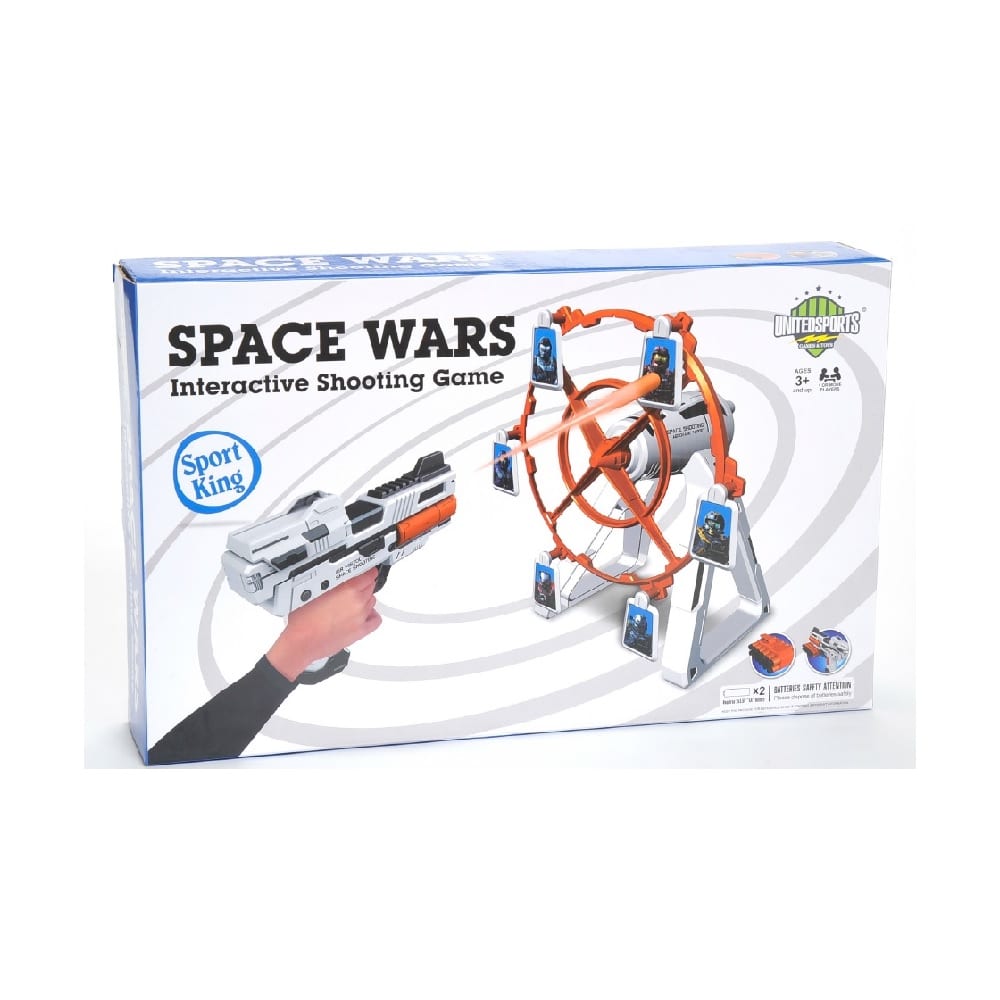 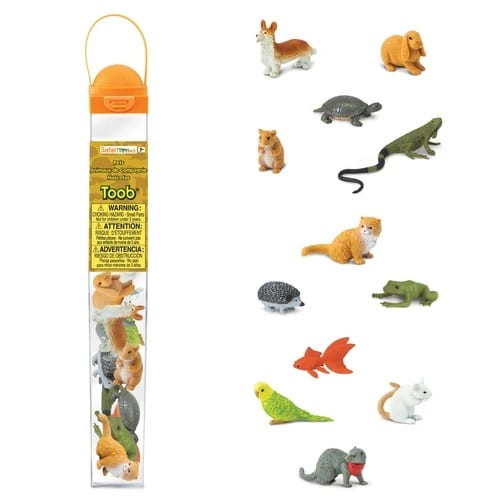 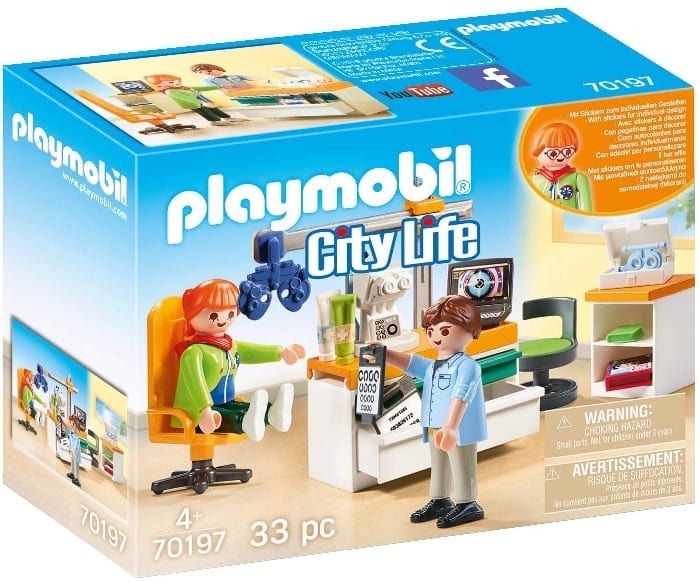